Gifts of Devotion (or Dedication)

A few years after my husband and I married he asked me to make a list of presents that I wanted. I jotted down several things, from not so expensive to expensive, a kind of "wish list" of sorts. Then over the years for Christmas or an Anniversary or even a just because he loved me - he would give me something off the list.

After he filled all the wishes on the first list, which was I guess about 10 years after we'd been married, he asked me to prepare another list. Well, we were blessed to be better off financially then so my "wish list" grew to a few more expensive items. The tea set below was one of the last things on this list. 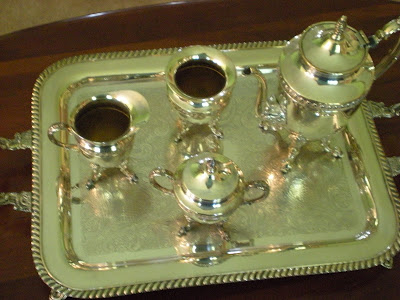 This was given to me as an anniversary present this year for our 19th anniversary. 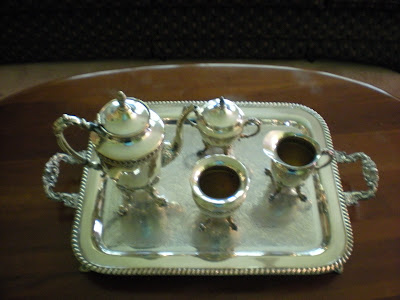 I was particularly impressed because I had simply listed "silver tea service". No details or number of pieces or anything. 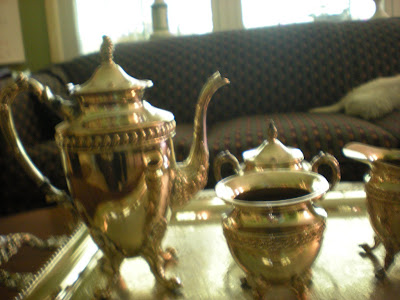 You have to understand, Mr. B is a Marine, musclecar and motorcycle kind of man. Silver tea service is a pretty foreign concept to him. 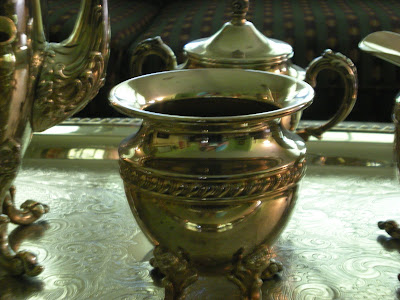 But he did a great job and I was thrilled with his purchase. 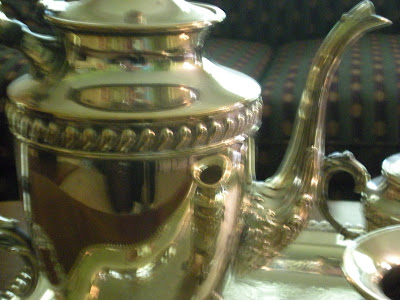 I called this post gifts of devotion or dedication because I know that the they are given out of devotion for me, but really a marriage is dedication. I feel that the gifts are good example of that dedication. A marriage or any relationship doesn't grow without some dedication. 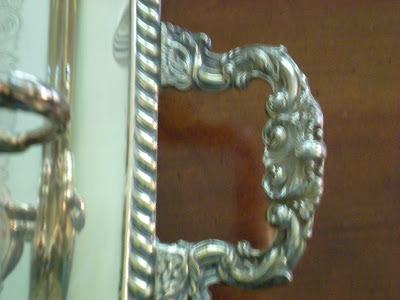 I would say we are as devoted to each other now as the day we were married, probably more so because I was a silly girl of 20 when I got married. 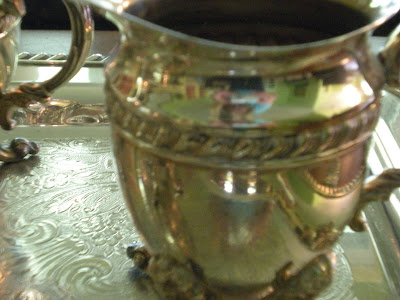 My tea service is one of my favorite things. I display it in our living room. 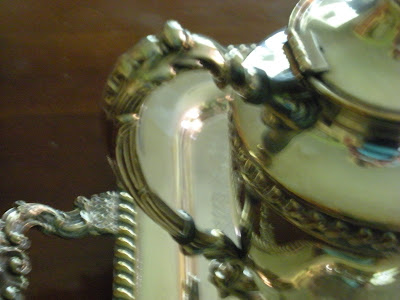 I love the detailed rope design

and the engraving and scroll work on the tray. 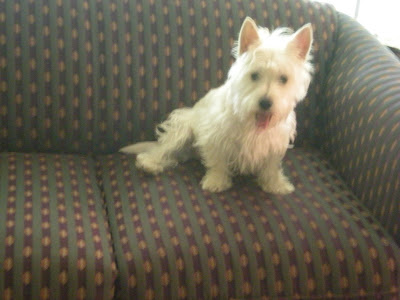 By the way Miss Madison was also a devotion gift, which maybe an understatement!

Posted by Beeutiful by Design at 5:38 PM