A few posts ago I mentioned I had placed my first "wholesale" order for the booth of Mary Lake Thompson items. Today I thought I'd give a little more of her background before I post a tablescape with her items tonight. 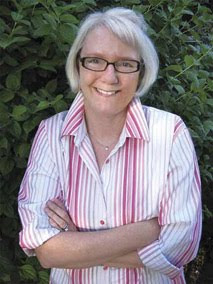 From her website marylakethompson.com: "Mary is the designer and vision behind all of the products Mary Lake-Thompson Ltd has to offer. She oversees everything from initial design concept to the end product. Mary started drawing and painting from the time she was a young child and never looked back. Growing up, she bounced around from Colorado, to Connecticut, and then back to Colorado where she attended the University of Colorado as an art student. After 2 years there, she decided she could not resist the lively state of California, and moved to San Francisco in 1970. She attended the San Francisco Art Institute where she majored in Photography. Mary met her husband, Richard Thompson, not long after arriving in the west and they married in 1974. After graduating, Mary and Richard grew tired of the city life and chose to move to the quiet town of Oroville, located about 45 minutes north of Sacramento. It is in Oroville that Mary really began her career as a commercial artist. Soon after moving to Oroville, she had 2 daughters, Sara in 1977, and Abby in 1979. Her beautiful children served well as inspiration in her first paintings. She often used them in illustrations, along with her many beloved animals and gardens where she lived in picturesque Northern California. In the early 80’s, Mary was lucky enough to land an art show at a gallery called The Nut Tree, also located in Northern California. It was here that she sold 60 paintings and was the true start to her career. She began to sell prints to local galleries and went door to door, up and down California, selling these prints out of the trunk of her car. After the prints proved to be successful, she began a greeting card company, using her own artwork on the cards. Along with Richard, she began attending the New York Stationary show where she picked up licensing contracts, one of which was C.R. Gibson. She designed baby books, address books, diaries, paper napkins etc. Eddie Bauer was the next to approach her to design and produce gift baskets for them, which included soaps and lotion. It was after this order, that Mary got the idea to turn her designing skills into doing packaging of her own. From this point her company has designed and produced soaps, towels, aprons, bath products, drawer liners, sachets and most recently, napkins and hats. Mary has been able to use her own unique designs on all of these products as well as using reproductions of handpicked vintage art. Mary Lake-Thompson Ltd is now a large small company, sometimes employing more than 40 people at high times of the season. Mary and Richard still reside in Oroville, where they own 2 buildings in the downtown area. One is actually a historic landmark building, where Mary runs her own retail store and has a design studio in the back. The other building, otherwise known as “The Factory”, is exactly that. It is in the factory that all of the products are hand made by very capable employees. It is important to Mary that all of her products remain made in the USA. This is also where all orders are shipped out and all storage is kept. "

My new friend Kim at alchemistdreams shared this post she recently did of Mary's local store, which is divine!! Kim's blog is great be sure to visit her too!
Posted by Beeutiful by Design at 5:50 PM