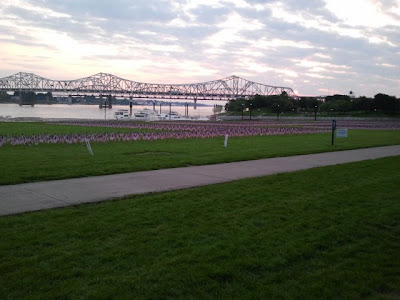 I hope you are enjoying your Memorial Day weekend. This year my husband and son went down to the waterfront in Louisville and guarded the 30,000 flags placed there by the flags4vets program. 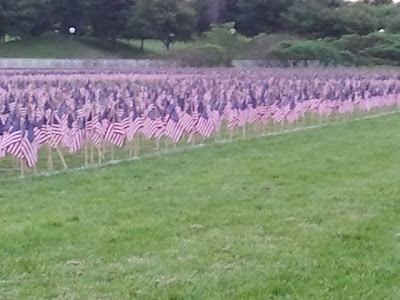 Flags 4 Vets is a non-profit organization dedicated to raising money for flags to be placed on the graves of US Veterans. 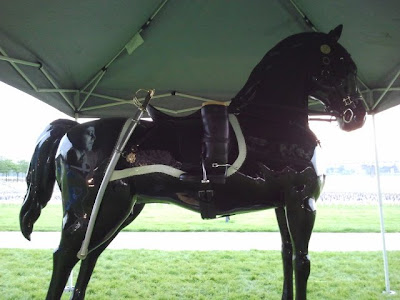 The mascot for the Flags 4 Vets program is Black Jack, the rider-less horse that followed the caisson carrying the casket of John Fitzgerald Kennedy in his funeral procession to Arlington Cemetery in November, 1963. During his 29 years of service Black Jack participated in the state funerals of JFK, Herbert Hoover, Lyndon Johnson and Five-Star General Douglas MacArthur and he escorted hundreds of our military to their final resting places. 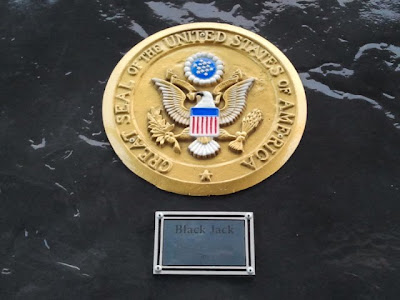 Black Jack ended his dedicated and dignified military career on February 6, 1976 and was buried on the parade ground at Fort Myer's.
Black Jack seemed destined for greatness from birth, but never did take well to being ridden and threw rider after rider, leaving them sitting in the dust while he bucked riotously around the training corral. 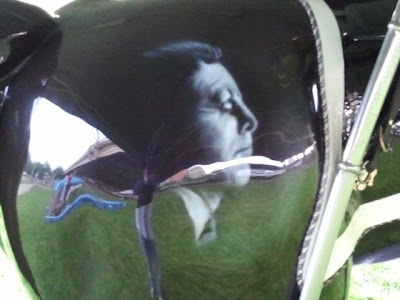 Although fiery and difficult to manage, he was so sleek and beautiful that the army sent him to the caisson platoon at Arlington. Because of Black Jack's spirited temperament, the army was reluctant to use him in military funerals at Arlington, but one they tried him Black Jack's grace and vitality soon made him a favorite as the riderless horse that follows the caisson to the grave. 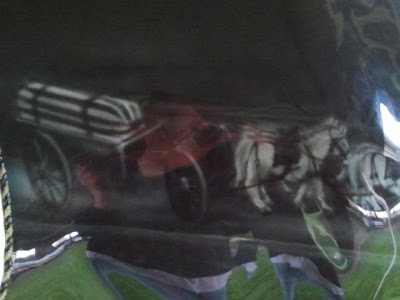 Black Jack was on display at the Memorial event. 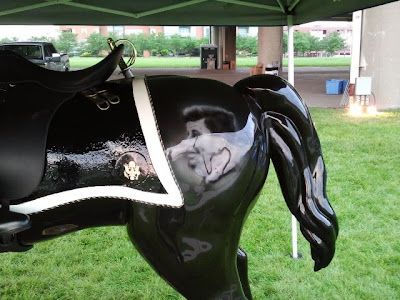 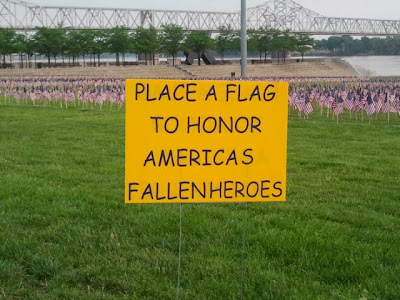 My husband and son worked the 9 pm to 9 am shift. 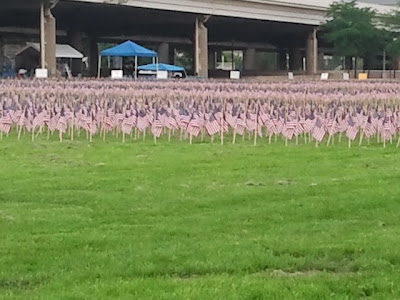 Tents, food and drinks were provide for volunteers. 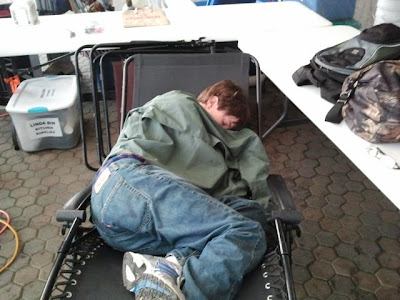 Ben was tired after about 3 am! 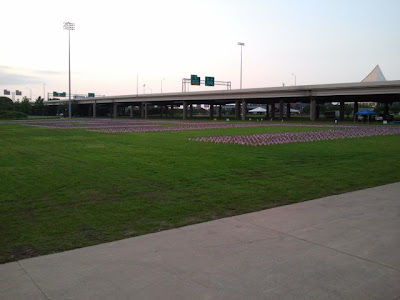 Coming over the interstate the flags were a wonderful impression and dedication to the soldiers that have paid the ultimate price for our country.


I'm joining Metamorphosis Monday at Between Naps on the Porch.

Posted by Beeutiful by Design at 4:34 PM